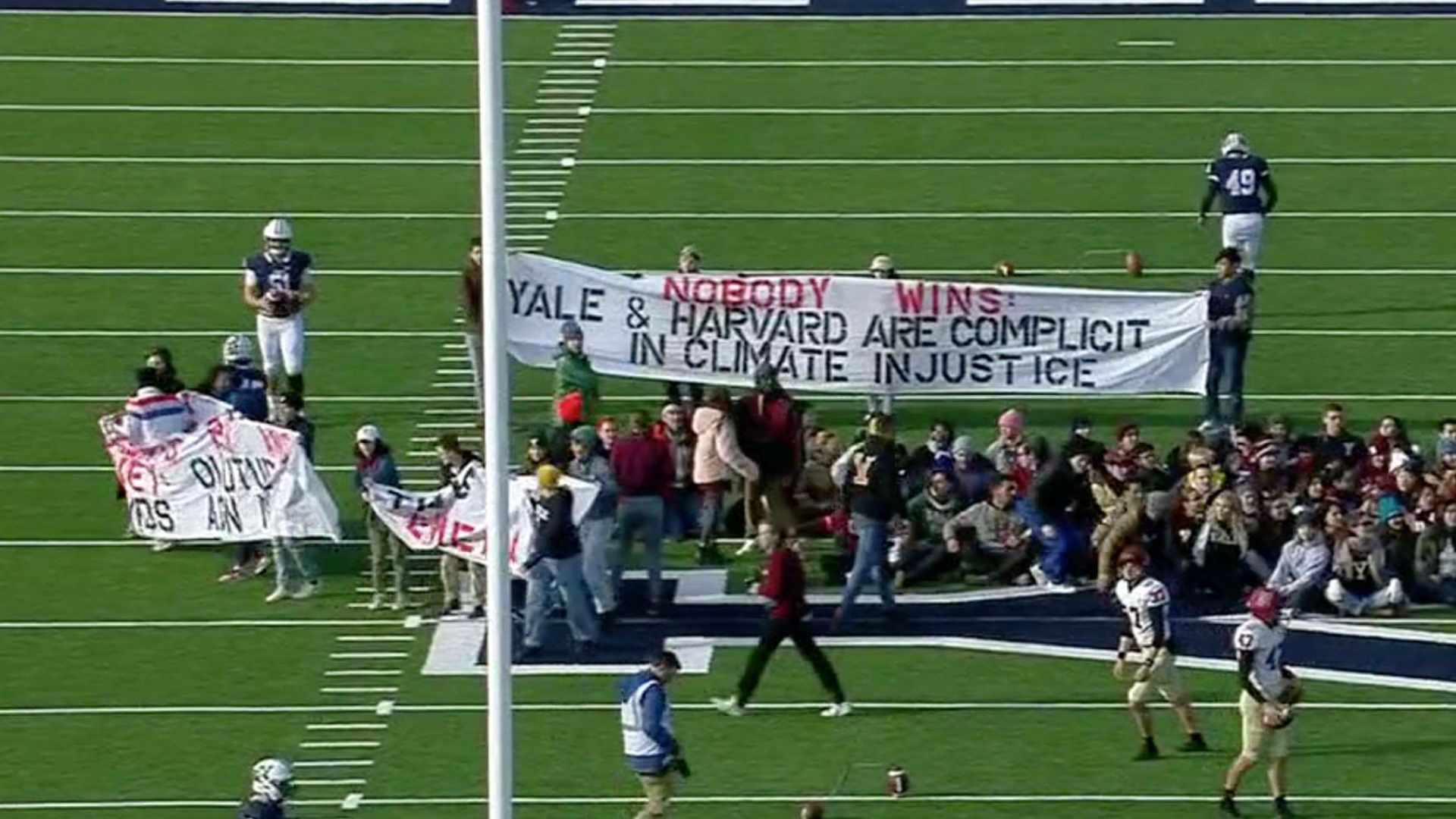 The game, which was being broadcasted on ESPNU, was coming out of the break at halftime when the protesters showed up. ESPN cameras showed both teams on the field when protesters arrived, and once it became clear they were there to stay, the teams were sent to their respective locker rooms.

The announcers at the time had no idea what was going on, but it later became clear they were protesting climate change.

A large sign was revealed to read: “Nobody wins: Yale & Harvard are complicit in climate injustice.”

Pac-12 blindsides basketball by delaying all sports, but UCLA’s Cronin is pleased to finally have target date

Sporting News tracked live scoring updates and highlights from Bills vs. Ravens on Saturday night. Follow for complete results from

Projecting Josh Allen’s next contract with Bills: How much should Buffalo pay QB after rookie deal?